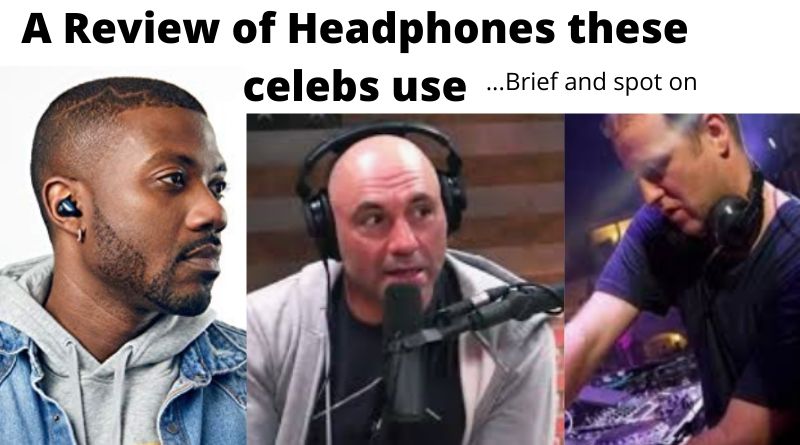 Headphones used by celebrities are liked by people because they represent the hype and style that the celebs have.

Like in other celebrity headphone reviews that we have done before featuring celebs, we first understand who they are so that we can associate their choice of headphones to their art.

Who is Ray J and his Headphones

Ray J’s real name is William Raymond Norwood. He was born on the 17th of January 1981 in Macomb, Mississippi. He is related to a couple of celebrities.

His older sister, Brandy Norwood is an actress and a recording artist.

He married princess love in august 2016 and together have two kids.

At the age of 8 Raymond Norwood started appearing in television commercials for various companies and in 1993-1994 played the role foster son in The Sinbad Show.

From 1999-2001 he played Dorian “D-Money” in the UPN series after his earlier work impressed the producers of a television show, Moesha, who give him the role.

His second album This Ain’t a Game was recorded for over 18 months and was released with the Atlantic Records on June 26, 2001. he released his third album, Raydiation on September 27, 2005.

On February 2, 2009, his reality dating show, For the Love of Ray J premiered. He teamed up with Bobby Backings for the track I Hit It First on April 6, 2013.

In 2017 January, he was part of season 19 of Celebrity Big Brother though he walked off after a week.

What Headphones does Ray J use

These are among the main products of Raycon Global, a company founded by Ray J.

There are quite some very good features that Raycon E70 Pro has to attract a celeb at the level of DJ Sasha.

First is the basics like the charging case, which is portable.

It is light and can easily fit in your small pockets.

Raycon e70 charges earbuds fully for up to four times.

The Bluetooth feature pairs with all of your devices that are Bluetooth enabled for up to 30 feet away.

Earbuds fit well in your ears due to the silicon ear caps and you can listen for a long time comfortably.

Headset controls are labeled to make them easy for you to use.

Your earbuds synchronize when using by use of the new audio technology which also helps provide you with powerful and clear sound.

Your enjoyment of music for long hours is enhanced by the powerful battery which allows play for six hours and up to 240 hours standby. It only takes one hour to charge.

What is in the box.

Pioneer HDJ-2000MK2 are DJ headphones with clear sound separation and deliver a pristine sound that you may need for monitoring even in the loudest clubs.

To reduce pressure on your head these headphones are made with light bindings on the hanger and headband.

The earpads are soft and made of leather ensuring they fit easily to give you the maximum comfort when using them.

When performing the threat of the headphones disconnecting is kept in check by the L-type mini-jack.

To reduce your external noise from mid to low frequencies the ear pads have low volume air chambers to ensure maximum sound insulation.

When in need of clarity and easy monitoring, the damper and airtight stitching ear pads provide that.

Ear cups rotate up to 90-degrees to fit any size and shape you want. On the shoulder, monitoring is made easy for you by the auto-return feature.

They are easy to fold making it easy for you to carry during travels.

Who is Joe Rogan and what are his headphones

Joe Rogan, an American stand-up comedian and a color commentator of mixed martial arts, was born on August 11, 1967. Joe is also a podcast host and a former actor and television host.

He married Jessica Ditzel who was a former cocktail waitress in 2009 and together have two kids. Joe has vitiligo on his hands and feet.

In August 1988, Joe kicked off his comedy career.  He signed a deal with Disney in 1994 and appeared on various television shows.

He worked as an interviewer and color commentator at the Ultimate Fighting Championships (UFC) and released his first-ever comedy special in 200.

In 2001 he stopped his comedy career to host the show fear factor but resumed to comedy after the ending of the show in 2006.

Comedy central records released the fourth Joe Regan comedy special in April 2007. He launched a podcast of his own, The Joe Rogan Experience in 2009.

In 2011 he hosted the final season of the fear factor and played his first-ever movie character in the zookeeper.

His sixth comedy special, Live from the Tabernacle was released in 2012. He hosted six episodes of the show Joe Rogan Questions Everything in 2013.

What headphones does Joe Rogan use

From our extensive look at his style, we found that Joe Rogan uses Sennheiser HD280PRO headphones.

While there may be other headphones he may be using, this the only headphone we found to be regular.

They are light with an ergonomic design and have padded ear cups giving you comfort and fit well on your head.

They have up to 32db of ambient noise cancellation that makes it easy for you to monitor applications.

The jack plug in the wired mode is compatible with almost every device available giving you many using options.

The sound quality is good natural and clear giving you the most desired listening experience.

If you are a vocalist, the isolation helps you to stop worrying about your headphone mix bleeding into your sensitive vocal mic.

They are easy to carry when you are traveling due to the collapsible earpieces and foldable design.

Most features of the headphones are replicable to ensure you last with them for long. The audio cord, headband padding, and the ear pads can all be replaced.

DJ Sasha and the Headphones he uses

DJ Sasha, whose real name is Alexander Paul Coe, is a Welsh DJ and record producer who was born on September 4, 1969. He is widely known for several reasons.

First is his live events performances. Second is as an electronic music solo artist and lastly for his collaboration with John Digweed who is a British DJ.

In a poll conducted by DJ Magazine in the year 2000, he was voted the world’s number one DJ.

He also has had a nomination for the Grammy award.

He has won the DJ award and the International Dance Music Award four times each.

He began his career in the 1980s and was mostly playing acid house dance music.

His partnership with John Digweed came along in the year 1993 and together toured the world producing a series of mix albums.

Sasha also has recorded and produced three albums of his own. He has made remixes of several tracks by different artists.

His style was unique for he often combined various genres of electronic music.

DJ Sasha has worked with several young DJs after his successful carrier and helped popularize technological innovations by use of live audio engineering equipment.

His outlet label for new music is emFire Music which he formed in 2007 together with Renaissance Records.

What headphones does Sasha Use

DJ Sasha has quite a good taste in selecting headphones and the style of choice is what you get with the Sony MDR-7506 headphones. Let’s look at the features.

They have neodymium magnets and 40 mm drivers that give you quality, powerful and detailed sound, deep bass and lower distortion.

It folds up well making it suitable to carry along when traveling and easy to store.

The stereo jerk is compatible with a variety of devices giving you options to listen from your most preferred device.

The 10Hz-20Hz frequency produces various frequencies in that range at the same sound level.

If you are searching for headphones that cut down background noises look no further, the Sony Mdr-7506 headphones have low impedance and closed ear designs that aid in this.

If mobility and easy reach have been your problem, these headphones solve that through the coiled cables.

These cables also do a good job of ensuring that snags don’t tug the headphones from your ears.

These are fully enclosed dynamic headphones that weigh 195 g without the cord.

What is in the box

These headphones give you deep base notes, clear low medium frequencies and deliver an outstanding resolution, thanks to the neodymium magnets and the 40mm aperture driver units.

If you are searching for headphones that can eliminate distortion, HDJ-C70s provide that through the copper-clad aluminum wire voice coils and the 2,000 MW input capacity. The 100db volume helps prevent your ears from damage.

The ever fitting ear pads, the 90-degrees rotatable ear cups and the flexible ensure you are served with comfortable listening even for long time periods.

The handy grip around the outside gives you easy one-ear monitoring when listening.

These headphones have a sound-isolation chamber innovated on the bass reflex port that helps you eliminate unwanted background noise in and out of the booth.

The soft leather-type materials on the ear pads insulate the sound when listening. 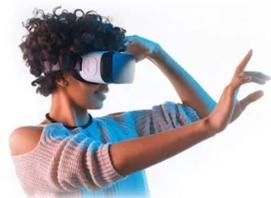 Writer at Gadget Briefs
I am a gadget and tech writer with ideas on creative solutions and products. I love sharing on the features, use, and reviews on new gadgets. I also have a keen eye on what gadgets the world celebs use.

I am a gadget and tech writer with ideas on creative solutions and products. I love sharing on the features, use, and reviews on new gadgets. I also have a keen eye on what gadgets the world celebs use. 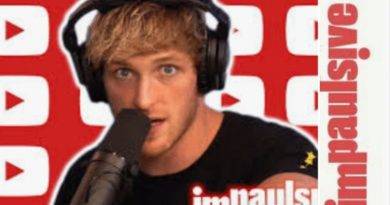 What headphones does Logan Paul use?

December 3, 2019 Jessica Leon Comments Off on What headphones does Logan Paul use? 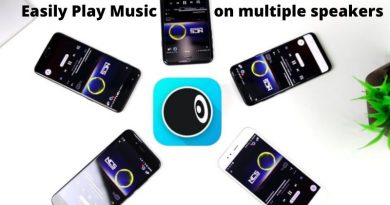 Play Music on Multiple Bluetooth Speakers in Android or iPhone

February 3, 2020 Jessica Leon Comments Off on Play Music on Multiple Bluetooth Speakers in Android or iPhone 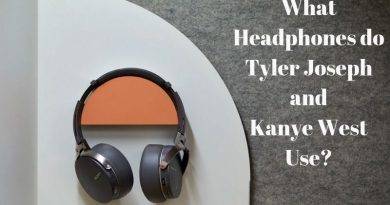 What headphones do Tyler Joseph and Kanye West use

September 11, 2019 Jessica Leon Comments Off on What headphones do Tyler Joseph and Kanye West use

Our editor’s choice this week is perhaps the best value headphones around within the budget levels. It is the new upgraded Cowin E7 Active Headphones. They are affordable with a good noise cancelling feature. The pair is foldable and comes with many colors.

It is not easy to cycle at high speed against the wind; wind noise is dangerous for a cyclist and

Affordable Bluetooth speakers that pair with each other

August 14, 2019 James Kanfer Comments Off on Affordable Bluetooth speakers that pair with each other
Headphones Reviews